Since 1987, the Australian Human Rights Commission has recognised the often extraordinary contribution to Australian society of a wide variety of men and women committed to issues of human rights, social justice and equality through the annual Human Rights Medals and Awards. 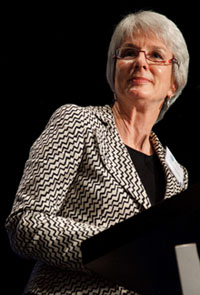 The prestigious 2009 Human Rights Medal has been awarded to Stephen Keim SC.

Stephen’s efforts throughout his life have been both bold and brave, with one high profile instance being his assiduous efforts undertaken at personal cost in 2007 when he represented Dr Haneef,” Ms Branson said. “Stephen had showed real courage in how he handled himself during the ensuing controversy and his advocacy led to the release and eventual clearance of Dr Haneef.

The Young People’s Human Rights Medal for 2009 was awarded to 22 year-old Vinay Menon from Applecross, Western Australia, in recognition of his voluntary advocacy work with refugees, Indigenous communities and children living with a disability.

Gregory McIntyre has advanced human rights through the practice of law since his first job as a solicitor with the Aboriginal Legal Service of Western Australia. He has been involved in a number of leading and high profile human rights cases includingKoowarta v Bjelke Petersen, concerning the Racial Discrimination Act and a series of other cases, including Bropho v WA andTickner v Bropho, concerning the protection of Aboriginal heritage. In May 1982, he issued the High Court writ in Mabo v Queensland, retaining conduct of the case for 10 years including the conduct of Mabo (No 1). He ultimately appeared as Counsel for Eddie Mabo in Mabo (No 2) in which the High Court ruled that the Meriam people had native title. He has also recently provided advice to the Cape York Land Council, the Wik people and others on Cape York affected by the Archer River basin and other areas in Cape York being declared as wild river areas.

Blind Conscience tells the stories of the people who struggled to get asylum seekers out of detention and to change government policy. It looks at what was the tipping point that made both well-known and ordinary Australians decide to become involved with asylum seekers. The book is a heartfelt, moving and inspirational examination of the point when doing nothing ceases to become an option. Margot is from Coogee, NSW.

‘Crisis for Children’, was a well researched program, providing in-depth insight and powerful portrayals of individuals trying to ensure children are protected from harm. The program convincingly conveyed the need for greater parental support and identified that removing children from their homes was not always the best solution. The program presented a holistic perspective on the complex issues involved in protecting children and keeping them safe. Ian is from Bardon, Queensland.

This Four Corners program revisited the Northern Territory community of Lajamanu 13 years after profiling its ground-breaking bilingual school education program. Going Back to Lajamanu explored the critical importance of maintaining language - not only for the achievement of personal success among a community's individual members, but for the preservation of a people's culture. The winners are all based in Sydney, NSW.

Awarded to Ruth Pollard, Sydney Morning Herald, for ‘Dying to be heard’.

This domestic violence exposé comprised a series of compelling and investigative articles which contained personal stories and highlighted the need for a systemic change of laws and police action. The series contained powerful and diverse voices which demonstrated that domestic violence transcends class, nationality and geography. Ruth is from Pyrmont, NSW.

ACON is Australia’s largest community-based gay, lesbian, bisexual and transgender healthy and HIV/AIDS organisation which aims to provide information and support for people at risk or affected by HIV and to improve access to mainstream services. It is a high visibility advocacy body and is recognised for implementing new initiatives that challenge systematic intolerance, raise awareness of diversity and encourage greater harmony between people of different race, sex, sexuality and ethnic origin. ACON is based in Darlinghurst, NSW.

Kate has been recognised for her passion and dedication in increasing awareness and overcoming discrimination against deaf and hearing impaired people within Australia. She has displayed strong leadership and initiative in her workplace and throughout her work. Kate is from Cremorne, NSW.

Other photos from the event 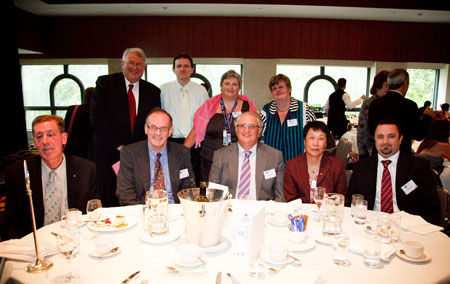 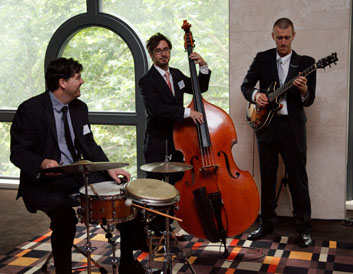