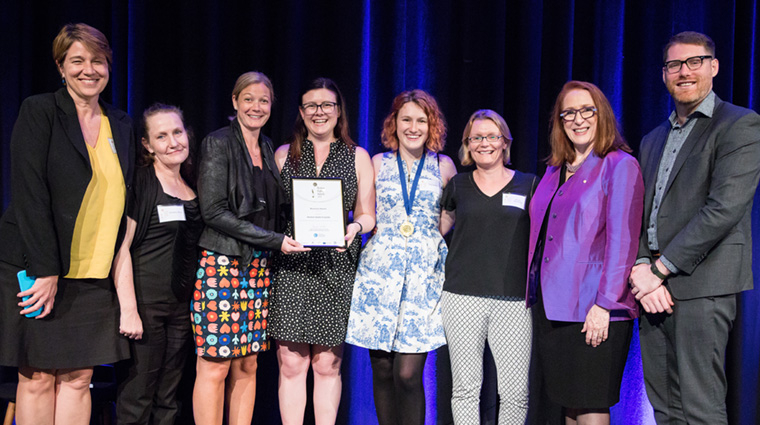 Nominations are now open for our annual Human Rights Awards, a celebration of pre-eminent advocates for human rights in Australia.

“We encourage anyone to nominate individuals and organisations who inspire you with their commitment to advancing human rights in Australia,” said Commission President Rosalind Croucher.

“Receiving each year’s nominations serves as a wonderful reminder of the fantastic work being done across the community.”

Last year’s Human Rights Medal was awarded jointly to Chrissie Foster and the Honourable Justice Peter McClellan AM in recognition of their important contributions to the Royal Commission into Institutional Responses to Child Sexual Abuse.

The Young People’s Human Rights Medal winner was Saxon Mullins, recognising her work as an advocate for reforms to sexual assault laws.

The individuals who won awards in our other categories in 2018 had very diverse experience in the promotion of human rights.

Some were inspired to advocate based on the experience of family and friends—such as Catia Malaquias, who was driven by her child’s experience with disability to become an advocate for disability inclusion outside her day-to-day work. Others had devoted their careers to human rights causes, such as Law Award winner Professor Andrew Byrnes.

The organisations who won our awards were similarly varied, with some being dedicated to advocating for certain causes, while others had instituted strong human rights policy within their other work.

Nominations are open until Monday 15 July, with the Awards presented in Sydney on Friday 13 December.